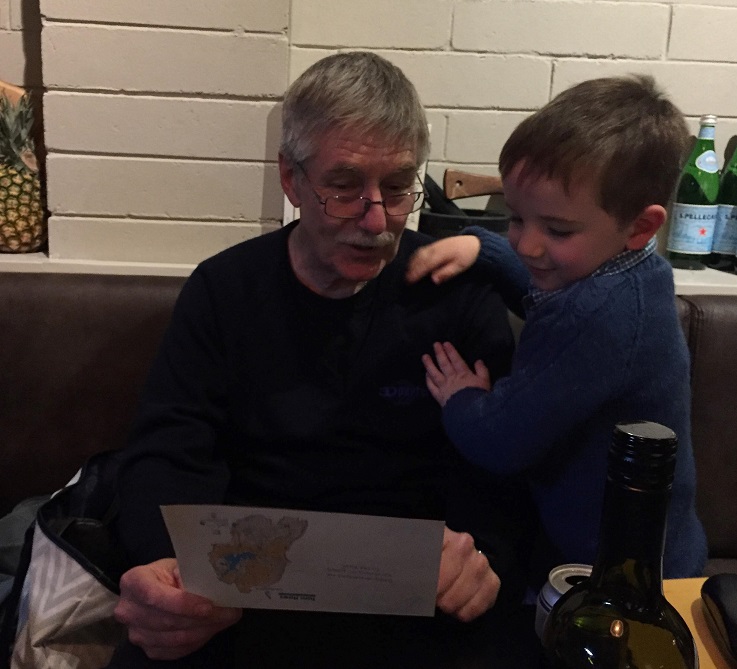 Recently retired Orienteering Australia Executive Officer Paul Prudhoe celebrated 50 years in the sport at the recent NOL round on the NSW South Coast.

Paul started orienteering in high school in the UK in 1971, and has been actively involved in the planning, controlling and the organisation of events as a member of 11 clubs - Central Coast being the latest - over the years.

He moved to Australia in 1987, joined a local club and continued his passion for the sport. (In this photo from Broulee he's passing on his wisdom to grandson William.)

Paul was first elected to the Orienteering NSW Board in 2003, then president from 2008-2014. In 2015 he became ONSW Executive Officer in NSW and in 2017 he moved to take on the same role nationally.

Over the years, Paul has been involved in numerous major events in Australia – including helping with JWOC, World Masters and several Australian championships and NSW championships.

He is one of only three Level 3 Controllers in NSW, meaning he can organise world ranking events and is an International Orienteering Federation Event Advisor.

Paul was awarded the NSW President’s Award in 2015 for his outstanding contribution to the furtherance of orienteering in the state.