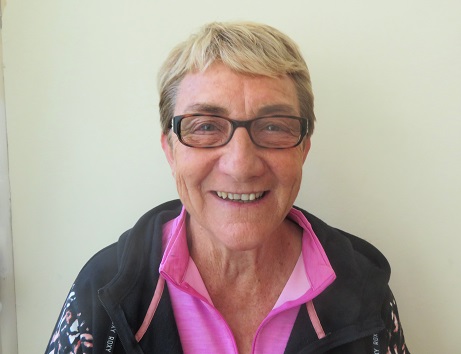 Meet your Board member.

This is the first in a weekly series where we introduce you to the people entrusted to run our sport in NSW.

The junior squad catering tent that you see at State League events was the brainchild of current president Robyn Pallas in the 1990s as a way of raising funds to help pay some of the considerable costs of sending the NSW schools team away each year.

So, when daughter Naomi made it into the schools team, Robyn sprang into action.

It is just one of the many volunteer contributions she has made to orienteering since her first event in 1984 on the Central Coast.

Going as a family to that first event – with a 2- and a 4-year-old in tow – she decided from that day that this was the sport for her.

She has orienteered nationally and internationally, including competing in 11 World Masters. She was part of the organising committee for the 2009 World Masters Games in NSW, organising the opening and closing ceremonies. She has also been president of Central Coast Orienteers.

Competitively, her career highlight was being selected as a member of the Australian team to compete in New Zealand in the W35 age class after winning the Australian champs that year.

Outside orienteering, Robyn has been a member of the Zonta Club of Central Coast for six years, four of these as a committee chair. (Zonta is a charity organisation supporting women and girls across the world.) She was secretary for two years and represented the club at the Zonta International conference in Brisbane 2019.

All while carving out a career in education spanning nearly 40 years. First as a primary school teacher in Crookwell and ending up on the Central Coast. Robyn soon moved on to specialist positions in school and then to executive positions across schools. This led to the final 25 years of her career in consultancy work for the Department of Education from Sydney to Newcastle. This work involved training and mentoring teachers.

Last year, Robyn felt the time was right to contribute to the running of ONSW as she had recently retired. She saw this as an opportunity to give back to the sport she loves through its management.