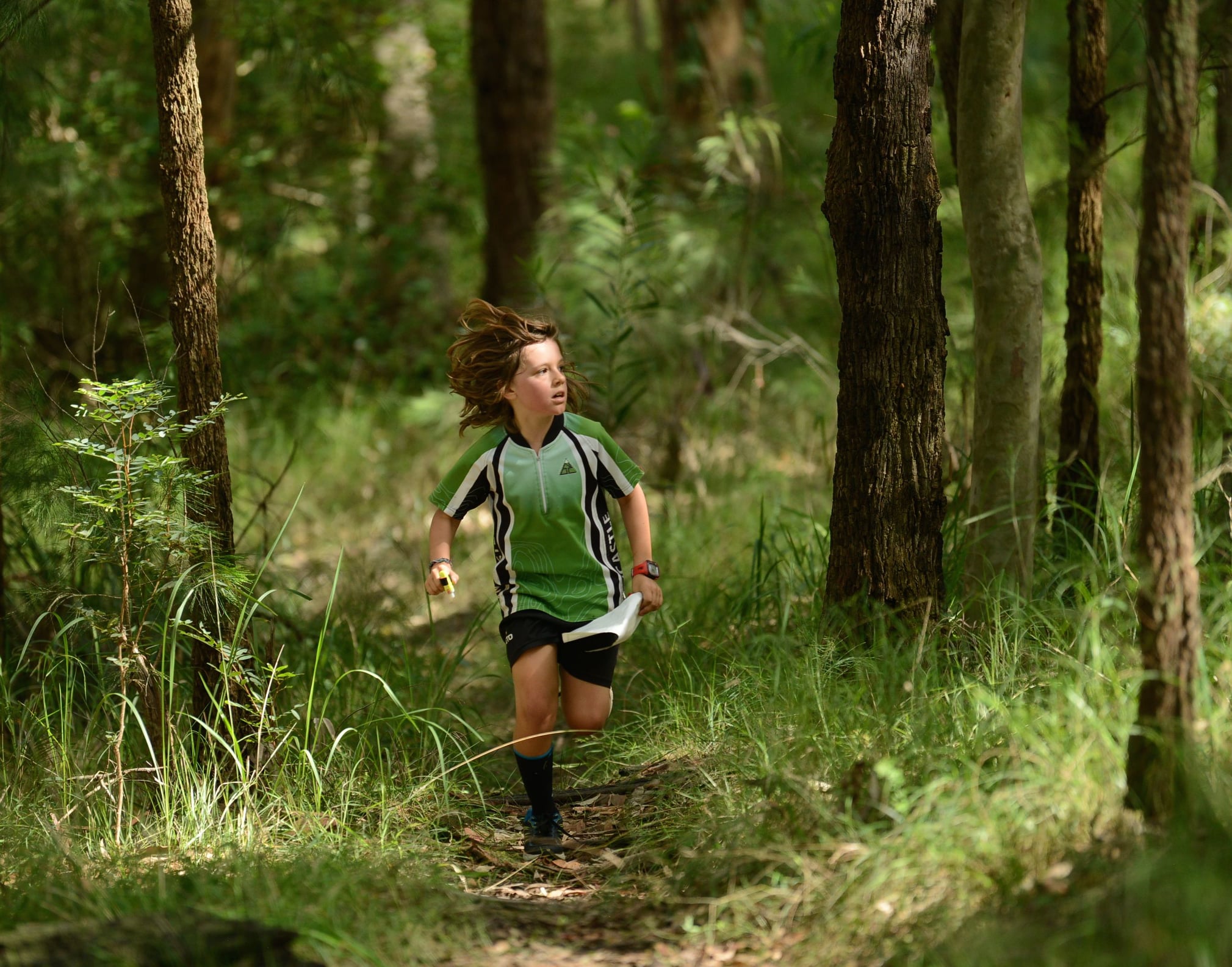 State League 2 proved to be a tough introduction to bush orienteering for 2022 with Stephen Craig's courses at Richmond Vale steep and technical.

This is a new map on multiple private properties, the main one owned by Newcastle orienteer Lynda Hewson. Significant climb on most courses - and the shock of being immersed in the forest after hardly any bush o for nine months - meant longer than expected winning times.

(The map was named “Honeyeater Hideout” due to last year's release of 50 of these critically endangered birds into the area by BirdLife Australia. You can read more about this release here. All takings from on-site camping and the “Honeyeater op-shop” have been donated to BirdLife Australia to assist with these types of programs.)

W20A produced some close racing, with just 1m23s between the winner Mikayla Cooper (Tasmania) and third-placed Nea Shingler. There were similar margins in M16A where Nick Stanley (Garingal) continued his rapid improvement.

Among the competitors we noted the Dun family from Hastings Orienteers doing EOD today to help prepare for their SL debut in July.

All participants are asked to fill out the very brief Course Setter of the Year survey for each day. These provide valuable feedback to the setter and controller, and decide who wins one of our major annual awards.

A big thank you to Stephen, controller Scott Simson, organiser Geoff Peel, Lynda and the landowners, and all the Newcastle helpers.

Results, splits and Livelox links (please upload your routes) are on our State League page. OY point scores can be found here. Our next State League weekend is in Armidale on April 9-10. Entries close Sunday April 3.