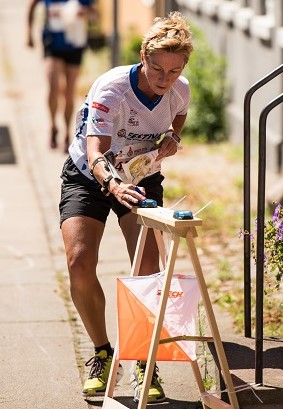 Meet your Board member

This is the first in a weekly series introducing you to the new ONSW Board members in 2022.

Sheralee is a case of the prodigal daughter returning home.

The former president and newsletter editor of Bennelong is back in Australia after 15 years living in the UK.

Her professional background and skillset is in risk management and governance, as well as team management. Sheralee says she joined the Board to be involved in shaping the future of orienteering in NSW.

She started orienteering in 1983 via the Frank Anderson-initiated Central Coast schools program and has been an organiser, planner and controller for 25 years.

Sheralee rates her highlight as winning the 2014 London City Race, just three years after being hit by a car on her way home from the 2011 edition where she finished second.

Four different surgeons said her left knee was so badly injured she’d never be a competitive orienteer again. Not to be told she can't do something, she spent the next few years training really hard in the gym… and it paid off!

Sheralee’s flair with the pen/typewriter/keyboard was obvious and she was soon profiling elite orienteers in the Australian Orienteer magazine as well as being creator/editor of Bennelong’s BluePrint newsletter.

Whilst living in the UK (2006-2021), she was creator/editor of Dartbord, the Dartford club newsletter which won multiple British newsletter awards.

One quirk that will sure to be popular with the O crowd: Sheralee says she can’t be trusted with chocolate!