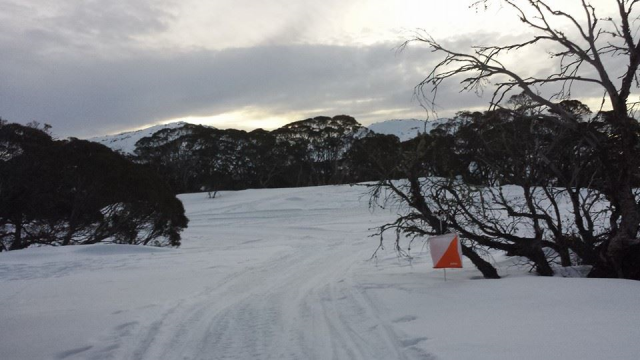 Ski orienteering in Australia? Only a Swede could think it possible!

The event was a novel finale to Perisher's Cross-Country Week and drew competitors from the ACT, NSW, South Australia and even Western Australia.

"As a wilderness back country skier I usually avoid civilisation as much as possible," said David Poland from ACT club Bushflyers.

"But this event proved to be an exhilarating 107 minutes. I barely noticed the weather.  I have never enjoyed Perisher so much. The snow was perfect for cutting corners. Looking forward to the second Sunday in August next year."

Last year Patrik and Penrith-based Goldseeker Jason Rutkowski had a trial run and were convinced a proper Ski-O event was merited.

Thankfully the cold weather appeared just in time after a relatively mild winter. And while the powder was ideal, there were still natural forces conspiring.

"I skated my butt off, but the wind was stronger and kept sending me backwards!," reports Jason. "The event was great and, combined with the help from the ski club, was executed perfectly."

We thank Patrik and his helpers for this fantastic innovation and look forward to the event growing. Results and splits are now up, and the map from the Long course. Read Patrik's report and check out some pics.