A Guide to Events in NSW and Australia 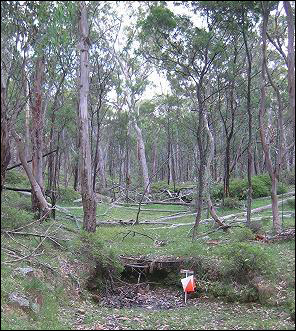 Calendars and event details for major Event Series are available from the menu to the left. There is also a full NSW/ACT Event Calendar. Details of local street/park and bush events in the following regions may also be found via the links below:

Mountain Bike Orienteering (MTBO) combines navigation and bush track riding skills. These events are run by our clubs - look for them on Eventor.

Types of orienteering events include:

Summer Series, Street and Park Events
These are informal events held in metropolitan Sydney and NSW regional centres using small, easily accessible local maps which may include parks, residential streets and small adjacent areas of bush. The standard of navigation is fairly easy and these events are often held on weekday evenings. The Sydney Summer Series is a popular series of 45 minute events held on Wednesday evenings between October and March each year.

Club Events
These are small local street/park or bush events where beginners are especially welcome to come and try orienteering. Instruction is provided and courses of different length and navigational standard are available to suit both beginners and experienced orienteers.

Sydney MetrO League
The MetrO League competition is a series of 6 events held from March to September, in which club teams compete in a number of Divisions. MetrO League events are generally held in small areas of bush in metropolitan Sydney or nearby areas within about 1.5 hours drive from most parts of Sydney. Regular venues include Centennial Park, Manly Dam, Darks Common, Oatley and Mt Annan. Orienteers who are not part of a club team are also welcome at these events and a range of courses is always available for individual entry on the day.

Saturday Orienteering Series
Run by our partner organisation Bold Horizons, the SOS is run on Saturday mornings during school terms in northern Sydney. This is an ideal series for beginners, and for experienced orienteers to test their route choice skills.

NSW State League
State League events are a series of 10-13 high-quality bush events held between March and September each year. They are usually held outside of Sydney and individuals compete in a range of age classes and grades.

The World Masters Orienteering Championships (WMOC) are held in a different country each year. Entries are open to all orienteers aged 35 years and over (within the calendar year).

The experience of orienteering in another country can also be simply an enjoyable and interesting part of an overseas holiday. Orienteering is practised world-wide on a variety of terrain and entry at most events is open to all. For links to orienteering organisations and listings of events in other countries, see the International Orienteering Federation website.