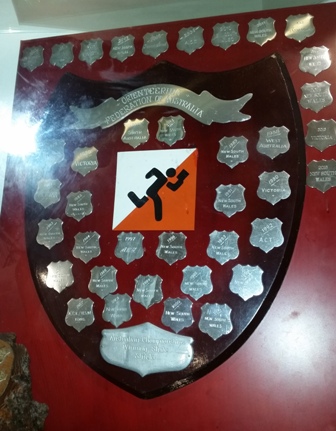 The OA Shield is awarded to the champion state in the Long Distance event at the Australian championships each year.

Points shall be allocated in all classes as follows:

The Orienteering Australia (formerly OFA) Shield was introduced in 1979. In the early years NSW and VIC were fairly even but as VIC numbers declined and NSW numbers increased NSW has dominated the competition, only losing to the host states on a few occasions.